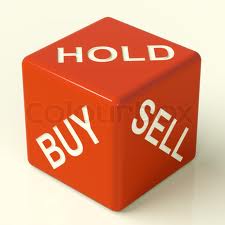 Back in the summer we did a blog on ShoreTel from a Shareholders perceptive.    There were a number of issues troubling us which did not seem to make sense and for which we, as outsiders, could not fully appreciate.   Having purchased ShoreTel (NASDAQ: SHOR)  at the IPO price of $10 a share, the stock was trading at about $3 this summer and had not yet found its bottom.    We questioned why Management was in such as shambles with key players jumping ship, many for competitor Mitel.   They were again in the process of doing yet another CEO search and had lost their VP of Marketing and several key sales executives had also migrated over to competitor Mitel (MITL) Corporation.    We were also frustrated at the acquisition of a  “hosted” PBX company that could not even make use of ShoreTel phones.    These were very mixed messages and we were as  you might suspect very bearish on the stock!
Less then six months later many of our concerns were addressed and the stock price at $8.45 seems to have rebounded, but still trades below the IPO price.    ShoreTel now has a new CEO, Donald Joos, promoted from within the ranks, and with considerable credential.  Today they announced that they had filled their long vacant  VP of Marketing role with that of Mark Roberts, a former Mitel Executive, no less!   (Mitel responded by announcing that it had hired 15 year ShoreTel Vertical Sales Executive Chuck Grogman as it’s new VP of Contact Center Sales).  Aside from the obvious revolving door relationship between the executive suits of both companies, we believe these were smart moves for ShoreTel to make.   ShoreTel has achieved new 52 week highs with a stock price of $3.25 – $8.45 and a Market Capitalization of $490M.   By Comparison, Mitel has had a stock price of $2.80 – $9.85 and a Market capitalization of $528M.   Both companies operate in the same space, use the same distribution channel and both offer hosted alternatives to their CPE product lines.
ShoreTel has introduced a new family of end points, or telephone sets that are sip enabled.  This should make it possible for their hosted subsidiary to stop offering CISCO handsets!   We expect a future ShoreTel iPBX software version to further blur the distinction between CPE and Hosted products, with ShoreTel able to offer both.  Look for the new ShoreTel Version to be 1.0 not Version 15!  We suspect that the dealer channel is a bit confused, having bitterly fought “hosted” with a CPE offering.   Now with an entire new distribution channel opening through the former hosted companies sales partners,  ShoreTel branded solutions are being offered by other than the traditional VAR channel.   We also track Ring Central (RNG) and 8X8 (EGHT), both publicly reporting  companies in the pure hosted space, to cross reference both ShoreTel and Mitel performance.
Over all, the prospects at ShoreTel from a Shareholder perspective are looking much better at the end of the year than they did at the start of the year.    The CPE market will undergo continual pressure from the growing homogenization of technology through the adoption of SIP based technology.   Even giant CISCO seems to be positioning SIP ahead of SCCP as  the protocol of choice thanks to Jabber!  The adoption of SIP will continue to drive down component hardware parts like Gateways and Handsets and is the primary reason we would like to see ShoreTel get out of the hardware business all together!   ShoreTel should focus on building a scalable software technology that integrates with as much hardware in the market as can be standardized!  At this point, we recommend ShoreTel as a hold with vigilant monitoring.   You should keep a close watch on both Mitel and ShoreTel as well as monitoring Ring Central (RNG) and 8X8 for hedges and comparison in the hosted space.   The entire sector will be undergoing an upheaval over the next year, so look for more mergers and spin offs to rule the market!
We welcome your comments and remind you that this is just our opinion!