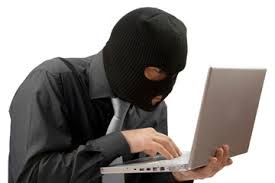 When I was a little kid, back when there was black and white TV sets and 33 RPM records, I was always amazed at the work of the telephone company repair man! At that time there was only one Phone Company. When they sent a repair man out your house he arrived in a drab olive trunk like those used by the Army. The telephone repair man had a belt of tools including a very Kool line mans “butt set” or handset and some really super hand held drills and other stuff.

I remember watching as he installed our new “touch tone” wall phone! Then I watched as he took the “butt set” from his tool belt and like all those spy movies, he clipped it across the copper wires, which I later learned were Tip and Ring, to test the circuit! I did not even have to ask, I could hear it. When he clipped across the wires he could hear the conversations that were being held on that circuit. How freaking Kool is that!

Now with IP or VoIP telephony, the butt set has gone away, but listening in on phone calls is still possible. Forget the NSA, is one of your employees copying and recording your conversations to a USB drive and posting it on Facebook? The fact of the matter it is easier than using that old “butt set” which required a physical presence and an ability to touch the circuit. With VoIP, you can “remote “in from anywhere on the planet, do a remote packet capture and leave little or no trace that you were even there. In fact, using some deep net technology like Tor, or stacking multiple virtual machines in an Amazon cloud, not even the NSA could trace your route!

Network engineers long ago figured out they could not see the packets that run around the local area network, let alone those that go off into the Internet. Tools were needed to capture the packets, slow them down and sequence them through a protocol analysis. One of the early on tools to do this, now named Wireshark, is the minimum daily adult requirement for network trouble shooting and must definitely for VoIP problem analysis. With this software tool, a network engineer can capture all the traffic moving over the wired or wireless network that interconnects your office to the World Wide Web, and save it for future analysis. The TCP/IP protocol, though a mystery to the uninitiated, is like a microscope to a network engineer or serious hacker.

It continues to amaze me that technologically I can position myself as a “man in the middle” and basically watch as you type your user name and password into your favorite website. Bored teenagers or “script kiddy’s” now do this for light entertainment. Again, forget the NSA, your teenager has more ability to track your internet activity and probably more reason to do so. Now apply this concept to your VoIP network, and you have much the same situation. It is very possible to gather up the packets on your local network, or in route to your SIP provider and reassemble them into complete phone calls.

Next to QOS issues, “one way” audio issues are among the most common of VoIP network issues. When trouble shooting these kinds of issues on ShoreTel deployments, we typically telnet into each phone in the conversation and ping our way from the phone, to the default gateway and back to the other end. Invariable we find a configuration error in a default gateway somewhere on the network. QOS issues are best solved with a protocol analysis and verification of call control signals.

This is where Wireshark comes in.

Version 14 of ShoreTel simplifies the use of Wireshark. As a Network Engineer you are aware that if you install Wireshark on the ShoreTel HQ server, you are only going to see unicast packets sent to the Server or multicast broadcasts set to all devices on the network. Wireshark will not see unicast packets sent to the other devices on the network unless you setup remote monitoring or port mirroring. With Version 14 of ShoreTel, you can setup remote monitoring from the HQ server and copy packets for analysis and assembly. Voice or RTP media between ShoreTel phones and ShoreTel Switches is encrypted while on the network. Media traffic between devices in not encrypted and can be captured and played back. MGCP, unlike SIP, treats RTP as UDP and you will need to modify Wireshark preferences to capture it as playable voice.

The accompanying video walks you through the process of capturing VoIP traffic, looking at both MGCP and SIP call control and how to assemble voice and media streams for playback.