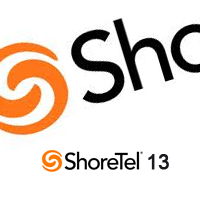 There are a number of major enhancements to ShoreTel in Version 13. Most enhancements have been related to bringing ShoreTel SIP into compliance with the standards accepted by the SIP community at large. Though there are enhancements for other features like the SA-100, this release is notable for what it does NOT announce. The marketplace is demanding enough but the issue of having your development agenda driven by an outside company must be dreadful! In this case, Microsoft dominants many of the decisions that ShoreTel must make with respect to the priority of features and releases. So how tightly is ShoreTel bound to Microsoft? Why have they not followed the path chosen by CISCO and others to move to an “appliance” built on Linux?

Historically, ShoreTel server side functionality was driven by Microsoft. Simple issues like changing FTP port numbers between 32 bit and 64 bit servers might seem like trivia, but it is maddening for change management. Microsoft products continue to drop support for their older computing model that used CSIS and TAPI in favor of the Client Application Service or CAS model. We saw the first effects of this in Version 11 with the release of the Communicator for Web. In Version 13, CAS support has now been extended to Communicator for Windows. In fact, Version 13 ShoreTel no longer supports TAPI, CSIS or MAPI and for this reason ShoreTel will no longer run on Windows 2003! At the end of the day, how long until ShoreTel cuts its dependency on Microsoft completely? We think this is something that the company must do if not to remain price competitive, then to control its own product development priorities!

Actually, ShoreTel adopted SIP before any other major competitor outside the Asterisk community. The early adoption of SIP meant that ShoreTel had to design solutions before the community had solidified around a standard. Time goes by and here we are more than a decade later and SIP has had many changes, while ShoreTel’s Enhanced SIP was not in step with these changes. Version 13 is all about bringing ShoreTel SIP into compliance with key areas if SIP and making a SIP trunk feature equivalent to a PRI trunk. This is accomplished through compliance with changes in the Session Description Protocol and the creation of “Media Proxy Ports”.

SiP is used to setup calls. The actual media stream between the end points is handled by other protocols, namely RTP. When a SIP end point generates an INVITE it might send a session description (i.e. SDP) of how it would like the call to take place, indicating its capabilities and preferences. The other end might accept the INVITE with or with our modifications of the SDP thus the Offer/Answer definition of RFC 3264. ShoreTel historically had no way to deal with the SDP information treated this as an “INVITE with no SDP”. The usual response to this type of INVITE would be to send back a SDP, but ShoreTel generally responded with “Not acceptable here”. With the release of Version 13 ShoreTel will now be fully complaint with RFC 3264 and play nice with the other kids in the Offer/Answer game.

Once the SIP parameters have been established, the media stream is generally setup between the end points. This means that the actual voice packets are going between the two connected phones. Now if you think about this a minute, you will understand almost intuitively why features like Call Recording, Office Anywhere, Monitor etc. did not work on SIP trunks using earlier ShoreTel versions. If the media is streaming between my end point and your end point, who is listening for any DTMF tones that might indicate we want to activate a feature? How would you play Music-on-Hold?

Enter ShoreTel Media Proxy ports! These will be switch resources set aside to enable a point at which ShoreTel can mix or “mesh” media streams. This means that features that previously could not be activated on a SIP trunk should now work. On switches that can support Media Proxy Ports (not all ShoreGear switches can) you will find a new option in the drop down menu for configuration ports to enable “SIP Media Proxy”. The proxy is actual for one SIP trunk and a media proxy so it wipes out 5 SIP trunks or 5 IP phones. The ShoreTel 220/T1/E1, 220T1A , T1K and E1K can also be used to provide SIP media proxy functionality. You will find a new check box that allocates all configurable ports on that switch to this function. For this reason, currently a switch that supports a PRI can only support 20 channels. On the other side of the coin, you were replacing that PRI with SIP anyway right? The good news is SIP trunks will have feature parity with PRI trunks and these ShoreGear switches can be re-purposed.

ShoreTel will support “on demand” media proxy as well as dedicated resources. Change and configuration management skills will most certainly be tested here, as the configuration is non-trial. Music-on-hold for example will need to be carefully considered. Historically, MOH could be played by any switch in a site. If you want to play MOH to your SIP trunk you will have to use the ShoreGear switch that is configured as the media proxy. Other items of note are support for Digest Authentication and enhanced fail over detect. The ShoreGear switch can now provide registration credentials when presented with a CHALLENGE request. The ShoreGear SIP Profile now provides for the OptionsPing to test for 5XXX/6XXX network error to mark a trunk group out of service. Major enhancements in ShoreTel SIP!

The use of an Ingate like device is still a requirement. Candidly, a serious enterprise should not be implementing SIP trunks without some form of “border controller” so get over it. SIP Message Normalization, NAT traversal, Pinhole management, network separation and providing for more SIP Channels then you can get on one ShoreGear switch are reasons that you need a border controller. Currently all SIPTrunk certifications by ShoreTel have been completed with an Ingate in the equation.

There are a few changes to the System Administration Interface to facilitate the media proxy configuration. With the death of CSIS, TAPI and MAPI there are also some changes to the Windows Communicator. We will get a video posted soon! As always, comments are invited!